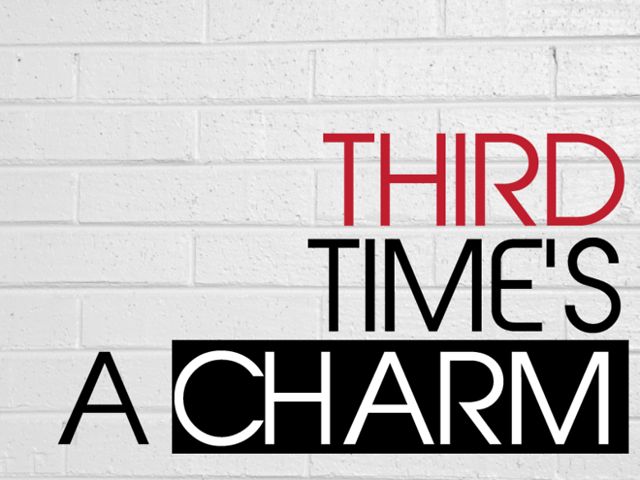 Sara has had her third relapse and I wanted to write a blog post to educate others about what each of our relapses looked like (they each presented differently) and share with people what I have learned about relapse so far in regards to my daughter’s health.

I previously wrote about the pattern of healing that is associated with the Nemechek Protocol.  It really is a 5 steps forward and 1-2 steps back type of dance.  These “dips” happen frequently at the beginning, and each time I was fraught with confusion, wondering if we were just in another dip or if this time Sara was having a relapse?

I already documented Sara’s first relapse on the blog and you can read about it HERE.

After that first relapse we continued on, seeing semi-regular dips where the same old issues would pop up and worry me endlessly.  These dips have lessened in severity, duration and frequency as Sara’s health has improved, but even after 9 months I still dread seeing them.

By now I have been through enough of them to know that when they pop up they usually last 2-3 days and, like I said before, each time they seem to be slightly less impactful than the time before.

The second relapse was nothing like the first relapse!  It occurred in December and in her journal I wrote on Dec 2nd, 3rd, and 4th that Sara was tired, queasy, and her tummy was bothering her every night that week.  This was not alarming to me and VERY much in line with what we’ve seen when she is in the 1-2 steps back stage of healing.  But on the 4th of December I mention that she’d complained that her wrists were aching.  THAT got my attention because I’d had carpal tunnel for years (cured from this protocol!!), and I knew that aching wrists indicated inflammation.

I was scheduled to Skype with Dr. Nemchek two days later and I was eager to mention this to him and suspected we might be in the midst of relapse #2.  The night of the Skype session Sara was sick in bed and in quite a bit of pain from a bout of constipation – also something that we has not seen in weeks and weeks.  After hearing about this resurgence of constipation and aching wrists Dr. Nemechek told me “Sibo returns the same way it started”.

Sara’s very first “problem” was the development of severe constipation at 3 years old.  So hearing this was just the confirmation I needed to realize that SIBO had most likely returned.  So we refilled the prescription for Rifaximin the next day and relapse # 2 was noted in the journal.

Life went on and once again in January Sara had another short 2-3 days that she felt “yucky” but bounced right back.  This was exactly in line with the pattern that had been emerging:  3.5 amazing weeks followed by a few “off” days and then back to amazing.  I discuss the reason behind these monthly dips in this blog post.

So, when February rolled around I was well prepared and expecting them.

It started Feb 10th when she casually mentioned that her tummy was bothering her.  Feb 12th and 13th she seemed fine and did not mention any issues.  Feb 14th she was in the washroom all night complaining about her tummy (constipation) and the same thing happened the following evening (Feb 15th).

Feb 16th there was no school and she spent the day in bed watching movies and while she seemed “bright” etc she said she was tired and had a sore tummy.  She was awake early the next day (Feb 17th), but said she did not feel well and was in an out of the bathroom all day – and asked for Magnesium citrate which means she was constipated again.  Sunday (Feb 18th) was a repeat and she now complained about “stabby” abdominal pains. Again, she was very tired all day but also reported that she did not sleep well so that was not surprising.  By late afternoon she was getting teary about the level of pain she experiencing.

It is worth noting that at this point in time NONE of this overly concerned me and was all very typical of many dips that we have experienced.  Based on past experiences, my expectation was that she would finally resolve the constipation, that would improve her symptoms and she would bounce back as good as before.  So while the thought “Crap is this a relapse??” is always in the back of my mind…I was not seeing any red flags yet.

So on Monday Feb 19th, (also a school holiday and she was home) I was happy when she reported that she successfully resolved her digestive issues and was feeling better!!  Perfect!  This was exactly in line with many other dips she has had.  She said she was still tired but I assumed that was to be expected given the disrupted sleep she’d had over the weekend.

On Tuesday Feb 20th, (10 days from the first reported stomach ache) I woke her for school, and as she sat eating breakfast she told me that she was VERY tired.  I could see the heaviness in her eyes and I let her stay home – I was now considering that she may be experiencing a relapse.  I asked her what she thought (I think it is important to educate her about what relapse looks and feels like) and she agreed it might be the case.  At noon she fell asleep on the couch (which is unheard of for her) but she could not shake the fatigue and it lasted all evening.  My feeling was that she was potentially experiencing an increase in propionic acid production.

On Wed Feb 21st I woke her, and not only was she reporting that she was still very tired and lethargic, but she was also very unfocused and seemed “off”.  As she ate breakfast I asked her a simple question about drying her hair and I could see how long it was taking her to process the question.  This was undeniably similar to how she reacted to questions before she started the protocol.  After staring off for a minute or so, trying to digest what I had asked her, she simply replied “What?” – a response that was all to familiar and did not reflect that she did not HEAR the question – it meant she was not able to process the question.  Something I has not seen in months.  We started Rifaximin that evening a full 11 days after the first reported tummy ache.

As you can see…relapse is a tricky thing to tease out because it looks soooo similar to the normal “dips” that are part of the healing process.  That makes it difficult to figure out and stressful for parents.

It is worth nothing that if your child is on inulin – you don’t have to be as concerned because even if they do relapse, the continued use of inulin will fix the problem.  It is only when you are on Rifaximin that you need to tease out if there is even a relapse happening.  Here are some of the tips I have for parents after weathering three relapses:

Sorry this was long – I hope it helps some people better understand what relapse might look like.  Again, this is specific to how my child presents but the core principals are the same: 1) Get to know what “dips” look like (so you can better identify relapse).  2) Don’t panic when dips vary from each other.  3) Don’t assume everything indicates the return of SIBO.  4) Don’t rush or act in haste.  Let it unfold and see what is really in front of you before reacting.  5) Keep it in perspective!

***edited to add:  I have no verification that Sara relapsed and did not just come down with a common virus which exacerbated her ongoing Autonomic issues etc.  It is also worth noting that fatigue is a confusing symptom because it can be attributed to both the sedating effects of propionic acid AND ongoing Autonomic Dysfunction.  For me…it is still a guessing game – I have to look at everything as whole, what is presenting, is anyone else in the house “under the weather”, how many days this has gone on for etc. etc.  But I am still just taking my best guess here!  She may not have had elevated propionic acid but on day 10 (with easy access to Rifaximin) I made a judgement call and moved forward.